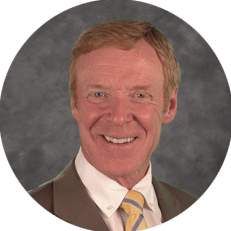 With a little creativity we have taken a Princess Cruise and added a land tour to reach the important places missed on the cruise. When you combine a great cruise, with a great land tour and then add a great educator in Glenn Rawson, you create the Ultimate British Isles & Ireland Cruise & tour. This is a great itinerary! Here is a partial list of what you will see and experience on this special cruise/tour:

Visit the following sites on your land tour:
In England: London, Windsor Castle, Tower of London, Stratford upon-Avon, Liverpool, and The English countryside.
In Wales: Conwy.

This is a partial list, and subject to change as needed to accomplish everything we can in each area we visit.
Day 1: June 11: Fly from the US to Manchester, England.
Day 2: June 12: Manchester – Liverpool
After clearing customs in Manchester we will drive to Northern Wales and the castle and walled town of Conwy. Built by Edward I as part of a ring of castles to cower the Welsh into Submission, Conwy stirs images of the legends of King Arthur, for Wales was the origin of the famous Camelot Stories. Overnight near Liverpool.
Day 3: June 13: Liverpool – Stratford-Upon-Avon
This morning we will visit the famous Albert Dock which was used by many immigrants as they left England for the US. Then we will drive to Stratford-Upon-Avon.

Day 6: June 16: Guernsey Island, England
Optional Shore Excursion on Guernsey.  The island is located only 8 miles off the coast of France. Despite its close proximity to France, the Channel Islands have been a part of England since the Norman Conquest.  Though the island is small it is rich in history and culture.  Victor Hugo wrote many of his famous works while in exile here.  Renoir came to this lovely island to paint some of his great masterpieces from Pleinmont Point.  It was also the only English Territory to be occupied by the Nazis during World War II.  Those that are signed up for our shore excursion package will enjoy a brief tour visiting the highlights of the island and then free time to explore.  This port is tendered, which means that we will take small boats from the ship to the port.

Day 7: June 17: Cork, Ireland
Optional Shore Excursion: Our shore excursion will include a stop at the Blarney Castle. This is your chance to Kiss the Blarney Stone.

Day 8: June 18: Dublin, Ireland
Optional Shore Excursion: Just a little south of Dublin we will visit the ancient Monastery of Glendalough. The history of Ireland is deeply intertwined with Christian Monasteries and the inspiring story of Saint Patrick. It would be difficult to imagine a setting more peaceful. You will have time to walk the ruins and sit by the lakes or walk the footpaths once trod by Irish monks whose labors saved much of Western Civilization during the dark centuries following the fall of Rome and the barbarian invasions that swept over Europe. We will then turn to Dublin to visit Trinity College home of the Book of Kells, a beautifully illuminated manuscript of the New Testament and the greatest treasure of Ireland. We will also visit the Trinity Library, one of the most beautiful libraries in the world.

Day 9: June 19: Belfast – Ireland Coast
Optional Shore Excursion: Today will be a highlight day! We begin with a drive up one of the most beautiful coastlines in the world. At the top of the spectacular coastal drive, we will stop at the Giants Causeway, one of the most remarkable geological wonders in Europe. Then return to the ship.

Day 10: June 20: Glasgow – Stirling Castle
Optional Shore Excursion: Stirling Castle was built in the 14th and 15th Centuries, Several Kings and Queens have been crowned here, including Mary, Queen of Scotts in 1543. We will also drive a little through the lower highlands. If time permits we may do a small tour in Glasgow before returning to the ship.

Day 11: June 21: Fun Day at Sea
Today is a relaxing day to explore this fantastic ship.

Day 12: June 22: Inverness – Scottish Highlands
Optional Shore Excursion: We plan to spend a fantastic day driving through the Scottish highlands. We will stop at Eilean Donan Castle near the Isle of Sky and then back inland to Loch Ness to look for the Lock Ness Monster. We will also stop at the Urquhart Castle often called the Lock Ness Castle.

Day 13: June 23: Edinburgh
Optional Shore Excursion: We have an entire day to enjoy Edinburgh. We will have a morning tour of the city, including Edinburgh Castle. Sir Walter Scott created the mystique of the Scottish clans here and there is a monument to this famous Scott. Edinburgh is also the city of Greyfriars Bobby and J.K. Rowling who wrote Harry Potter from the upstairs window of a local pub. You will enjoy Edinburgh Castle and have time to walk and explore the Royal Mile before returning to the ship.

Day 14: June 24: Fun Day at Sea
Today is another relaxing day to explore this fantastic ship.

Day 15: June 25: Normandy Coast
Optional shore Excursion: This morning we will tour the Normandy Landing Beaches including Omaha Beach. We will also visit the American Cemetery before returning to the ship.

Day 16: June 26: Southampton – Windsor
This morning we will say goodbye to our beautiful floating Princess Hotel in Southampton.  It has been great to not have to pack and unpack every day.  We will drive to London and visit Runny Mead – it was here the Magna Charta was signed.  We then head to one of the homes of the Queen of England, Windsor Castle. You will have time to explore the Castle and the many shops around the castle. Overnight near London.

Day 17: June 27: London
Today will be a full-day tour in London.  Included in our tour is the infamous Tower of London, a castle, prison, and the most famous execution site in Europe. Time permitting we will stop at the British Museum.

Day 18: June 28: Fly Home
This morning we will drive to the London Heathrow Airport to fly back to the US and home.