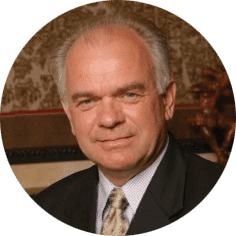 The NEW BEST Tour in the World!

The owners of Fun For Less Tours spent almost 7 weeks in January and February exploring Cambodia, Thailand and Burma. They wanted to make sure we had the best tour possible. From their many trips to this part of the world, along with their explorations this year, they have created a new fantastic tour that includes: Thailand, Cambodia and Myanmar (Burma).
Here is why this tour is now the BEST TOUR in the World!
This tour has more highlight days than any other tour! On every tour there are days that stand above the rest, days that will never be forgotten, these are what we call highlight days. For example you will love every day on a tour of Peru and Machu Picchu, but two of the days will stand above everything else; the day you explored Machu Picchu and the day you visited the Uro tribe on Lake Titicaca – these two days are what we call the fantastic highlight days. A Machu Picchu tour has two highlight days, our tour in China has 5 fantastic days, (the most of any tour until now) – Our new redesigned Southeast Asia tour also has 5 fantastic highlight days.

HERE IS AN OVERVIEW OF YOUR FANTASTIC TOUR!

In Cambodia:
There are two fantastic highlight days in Cambodia, Angkor Wat & Tonli Sap Lake. Angkor Wat is the best ruins in the world, they are unrivaled in beauty and state of preservation! Its mightiness and magnificence displays a pomp and luxury surpassing that of Pharaoh, an impressiveness greater than that of the Pyramids, and artistic distinctiveness as fine as that of the Taj Mahal! Films like Tomb Raiders have been filmed here. Tonli Sap Lake will amaze you with the villages and houses built on stilts, along with the floating villages and houses that live on the lake.
In Thailand:
Thailand is Siam, the King & I and Anna & the King. You will have two Fantastic highlight day in Chiang Mai Thailand – One of our passengers this year said. “this has been the best 24 hours in my life” after his day in Chiang Mai area. The day included the holding and feeding baby tigers, petting large tigers, witnessing the best Elephant show in the world, riding elephants over the mountain to visit the Long Neck Tribe. As seen in National Geographic’s, the women stretch their necks by putting metal rings around their neck. In Thailand our second fantastic highlight day will be as we visit Bangkok and the staggering beautiful palace and temples of the King.
In Myanmar (Burma):
There are Two fantastic highlight days in Burma, Bagan ruins and Inle Lake. Bagan is probably one of the most amazing sights we have ever seen. Within a few square miles are the ruins of over 2,500 temples and pagodas. Inle Lake is beautiful, unique, filled with floating villages, floating Gardens, floating Temples and so much more. This is a 10+ in sites to visit in the world. We also tour Rangoon before leaving Burma.
Travel & Leisure Magazine list the top 10 cities in the world each year. Three of the cities you are going to visit on this tour have made Travel & Leisure’s Top 10 cities in the world:In the current list, Bangkok Thailand is the #1 city in the world & Siem Reap (Angkor Wat) is #7. In last year’s list Chiang Mai Thailand was also part of the top 10.
Singapore Air:
We use the number one airline in the world, Singapore Air. There is more leg room, better service and each seat has its own individual television that has over 100 hundred movies that you can start, pause or stop when you want too.