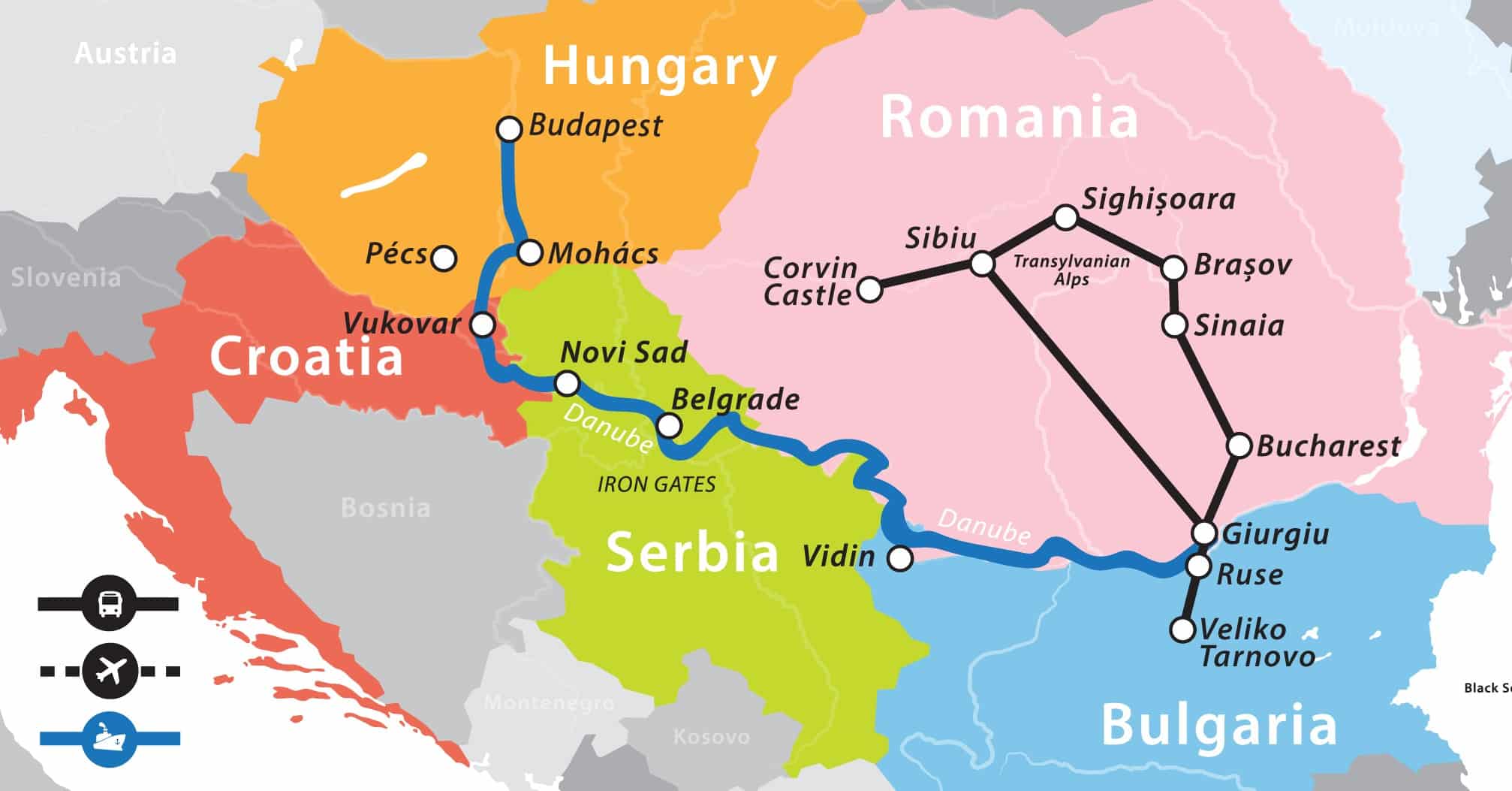 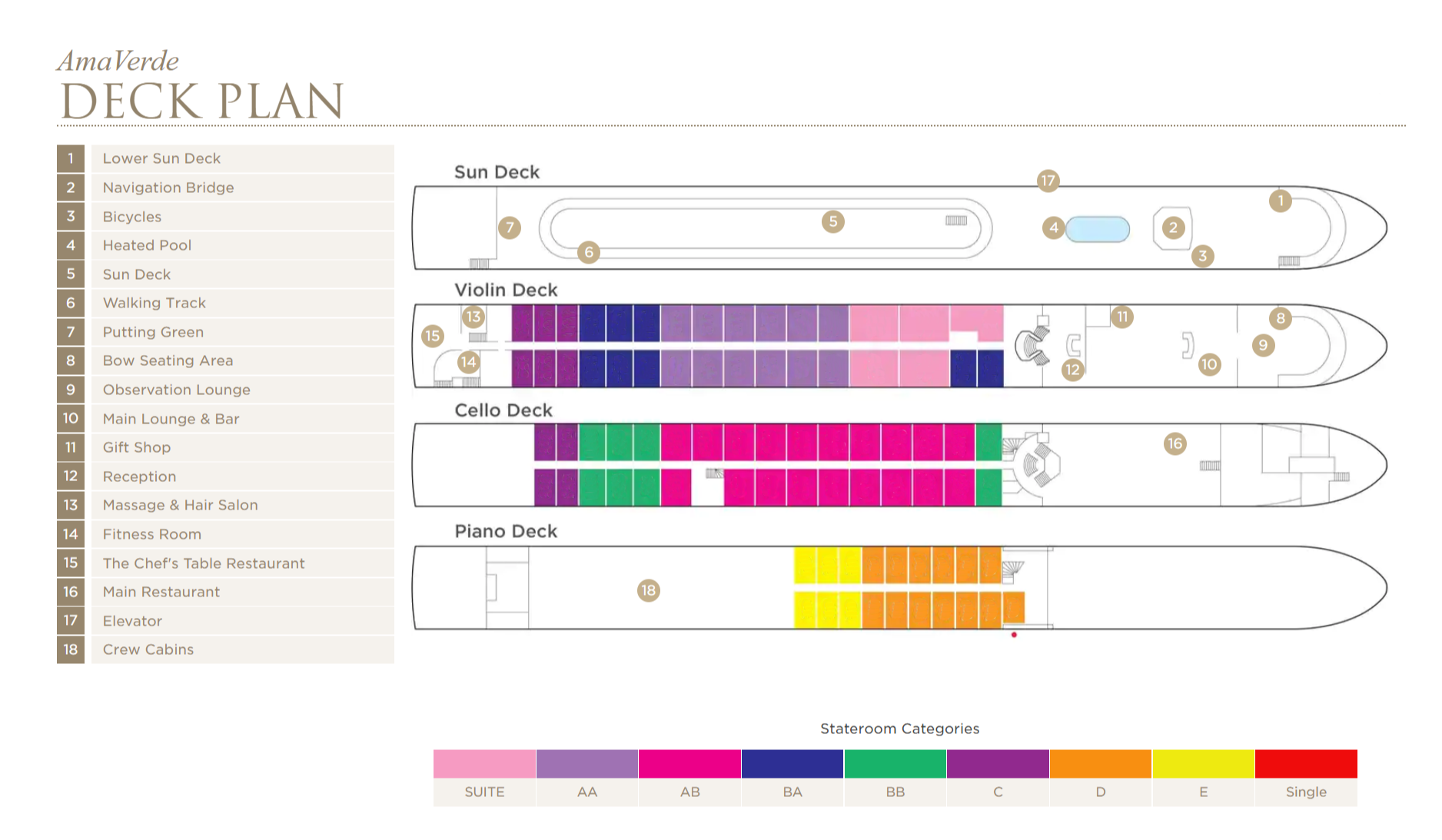 Day 2: May 17: Bucharest
We will arrive in Bucharest early afternoon. After clearing customs we will transfer to our hotel.

Day 3: May 18:  Sinaia – Brasov
This morning we will drive approximately 80 miles to the mountain resort of Sinaia. Sinaia is often referred to as the “Pearl of the Carpathians”.  This beautiful valley contains three castles, one of which we consider one of the most beautiful castles in the world – the Peles Castle. We will then drive 30 miles to Brasov.  This city is nestled in the foothills of the Carpathian Mountains.  This location made it an ideal setting for a medieval city.

Day 4: May 19:  Brasov
Today we will tour Bran Castle, often referred to as Dracula’s Castle.  Though there is little concrete proof, many historians agree that Vlad Tepes (a.k.a Vlad the Impaler, whom Bram Stoker used as a model for his 1897 story-Dracula) did reside at Bran Castle during his raids in Transylvania.

Day 5: May 20: Sighisoara – Sibiu
Today we will travel to the walled city of Sighisoara.  Sighisoara is another of the seven citadels constructed by the German settlers in the 12th Century.  Walking along the magical cobbled alleyways in the shadow of one of the nine towers transports you back in time.  It is possibly the best-walled city in Eastern Europe.  The city is also the birthplace of the infamous Vlad Tepes otherwise known as Count Vlad Dracula.  This afternoon we will travel to travel to Sibiu, designated the European capital of culture for 2007. Sibiu was the largest and wealthiest of seven walled cities that were constructed in the 12th century by German settlers.  Today Sibiu has been preserved and the streets have not changed in over 500 years. The center of town is a UNESCO World Heritage site.

Day 6: May 21: Corvin – Sibiu
This morning we drive to Hunedoara Castle, nestled in the Transylvania Alps. Recently the castle has gained notoriety and was named one of the scariest places in the world.  The castle held Count Vlad Dracula in prison for 7 years. After our tour of this fantastic castle, we will return to Sibiu to overnight.

Day 7: May 22: Sibiu – Bucharest
This morning we leave Sibiu and travel to Bucharest. When we arrive to Bucharest we will do a city tour, including the Village Museum, one of the oldest and largest outdoor museums in Europe.

Day 8: May 23: Bucharest – Giurgiu
This morning we will finish our city tour of Bucharest,  This afternoon transfer to Giurgiu to board our 5-star AMA Waterways Ship. Tomorrow morning we will set sail on the Danube for Hungary.

Important Note:  The owners of Fun For Less Tours experienced an AmaWaterways sailing between Budapest and Romania in 2018.  They were more than impressed.  Having sailed with other river cruise companies they were worried they would have to arrange or change all of the shore excursions. Other companies, give few choices, have additional fees for some of their shore excursions and often include several wineries where they can get extra commissions from the sales. To their surprise, AmaWaterways far exceeded their expectations. In many of the ports of call they had several choices of tours, none of which cost extra. The owners were so pleased with AmaWaterways selection of shore excursions, they found there was very little they would change. The Fun For Less Tours owners have tweaked and made slight improvements to a couple of shore excursions. AmaWaterways already included premium tours at no additional cost. There was very little we needed to change. In many of the ports of call, the ship may offer different shore excursions, often including a bicycle tour. Our owners have selected, what they felt to be the best shore excursion for each port. After you arrive at the ship, if you decide that you would like to make a change to a different tour you can make that change on board.

Day 9: May 24: Rousse – Veliko Tarnovo
Today is a full day excursion to Arbanassi (an authentic medieval village) and to Veliko Tarnovo, the former capital of the Second Bulgarian Kingdom.  Both have beautiful scenery and architecture.

Day 10: May 25: Vidin
Tour of Vidin and Belogradchik Fortress.  The breathtaking landscape and great vies form the top of the fortress.

Day 11: May 26: Cruise Highlight Day
Today will be a major highlight day as we sail through the most spectacular scenery found anywhere along the entire Danube River.  This evening they plan to park the ship Vidin, where you can get off and walk around on your own.

Day 12: May 27: Belgrade
This morning we will enjoy a Belgrade city tour to see Kalemegdan fortress, St. Save Cathedral and some free time on the pedestrian street.  This afternoon the tour includes the Royal Palace & Tito’s memorial tour.

Day 13: May 28: Vukovar – Novi Sad
Today we will visit villages in two different countries.  The small Croatian river town of Vukovar and the pleasant town of Novi Sad in Serbia.  we will take a Yugoslav civil war tour.  The walking tour will include the famous Eltz Castle Museum and then after boarding buses, we will visit Ovcare memorial, dedicated to the victims of the recent war.  We will also do a Novi Sad walking tour of the old city.

Day 14: May 29: Mohacs
Pecs Tour:  Pecs is the former European Capital of culture.  An hour bus ride from the ship.  We will take a walking tour to see the town center, the underground early Christian Cemetery, the Mosque and some free time to shop.  Most travelers consider Pecs their second favorite city in Romania (Budapest is first).

Day 15: May 30: Budapest
Today we say goodbye to the beautiful AMA Waterways ship and travel to Budapest. Our sightseeing tour of Budapest will include a visit to Buda Hills, St. Mathias Church, and the Fishermen’s Bastions.  Continuing on to the elegant part of Pest, we stop at the Hero’s square. Overnight Budapest.

Day 16: May 31: Fly home
Unfortunately, all good things must come to an end.  We will transfer to the airport for your return flight home.