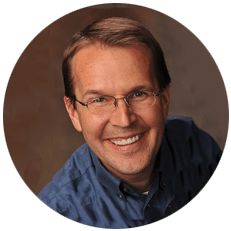 Desperate Measures is a musical comedy with music by David Friedman and book and lyrics by Peter Kellogg which is currently playing at New World Stages for an open-ended engagement, directed by Bill Castellino.

Cymbeline, also known as The Tragedie of Cymbeline or Cymbeline, King of Britain, is a play by William Shakespeare set in Ancient Britain and based on legends that formed part of the Matter of Britain concerning the early Celtic British King Cunobeline.

Pericles, Prince of Tyre is a Jacobean play written at least in part by William Shakespeare and included in modern editions of his collected works despite questions over its authorship, as it was not included in the First Folio.

The Comedy of Errors is one of William Shakespeare’s early plays. It is his shortest and one of his most farcical comedies, with a major part of the humor coming from slapstick and mistaken identity, in addition to puns and wordplay.

Richard III is a historical play by William Shakespeare believed to have been written around 1593. It depicts the Machiavellian rise to power and subsequent short reign of King Richard III of England. The play is grouped among the histories in the First Folio and is most often classified as such.

The Pirates of Penzance

The Pirates of Penzance; or, The Slave of Duty is a comic opera in two acts, with music by Arthur Sullivan and libretto by W. S. Gilbert. The opera’s official premiere was at the Fifth Avenue Theatre in New York City on 31 December 1879, where the show was well-received by both audiences and critics.

One Man, Two Guvnors is a play by Richard Bean, an English adaptation of Servant of Two Masters, a 1743 Commedia dell’arte style comedy play by the Italian playwright Carlo Goldoni. The play replaces the Italian period setting of the original with Brighton in 1963.

Montgomery, 1942: With the local playhouse’s director and actors off at war, the director’s wife sets out to produce an all-female version of Shakespeare’s Henry IV and Henry V. A hilarious and moving comedy about the transformative power of art.

**Per person cash discount price, based on double occupancy. Does not include transportation to and from Cedar City, or to any of the festival activities.

WHY WE ARE NOT TRAVELING BY BUS

The price from Salt Lake City, driver accommodations and drivers meals, cost almost $100 per person. We felt most of you could drive to and from Cedar City for around $40. With so many of our passengers coming from other cities and states, we just felt it would work better having you drive to Cedar City. We will not be including transportation to and from Cedar City, or to any of the festival’s activities.