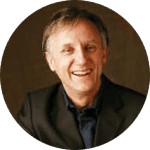 John Canaan is best known for “What if I Loved You”, an 80’s Utah/Idaho area #1 hit song. John’s CDs range from original love songs to inspirational classics. He is the original voice on the original “You’re Not Alone” recording by Michael McLean, which went out to several million people throughout the world.

John’s presentations are like a musical journey through life and relationships. He instills a sense of perspective, humor, love and encouragement into the hearts of his listeners.

You may also know John’s voice from a number of local productions. He is the male vocalist on the “Together Forever’ video. He is the voice of “His Love” and Let Him Heal Your Heart on EFY’s greatest hits. He also sings “Come Unto Him” from the “New Testament Media” and has done many other inspirational recordings such as The Carpenter’s Son on Senator Orin Hatch’s and Janice Kapp-Perry’s Album Like A River.

John’s mission is to touch his listeners with the kind of music and ideas that can encourage them in achieving the kind of life and relationships they really want. John believes that an open heart is the pathway to seeing our dreams come true.