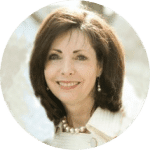 Diane Prince was born in California and raised in California and Utah. She has her degree in Education. She has taught, has been in sales achieving “the million-dollar club” status with her company. She began speaking as a corporate trainer and Motivational Speaker 35 years ago. She has spoken across America to thousands of business professionals on time and stress management, assertiveness skills, self-esteem, human relation skills, family relations, and a myriad of other topics.

She has been in high demand as a speaker with her ability to educate and entertain her audiences. She has been a speaker at BYU Education Week since 1988. She has also been a speaker for many other BYU Programs and Conferences. Diane has been on five talk tapes, is the author of a popular book, and has appeared as a featured author in five other books. She has been on radio, featured in many newspaper articles, and has appeared on television as a specialist in human relations skills. She and her husband volunteer teaching Marriage Enrichment Seminars.

Diane has a deep love of music and performed for several years with the famous Tabernacle Choir at Temple Square. Diane served a mission when she was young to France and Belgium, and with her husband, Rob to Australia and Papa New Guinea. Diane’s greatest joy in life is being a wife, a mom, and a grandmother. She is joyfully married to Robert Prince. They have a blended family of nine children and twenty-five grandchildren.

All Trips with Diane Bills Prince