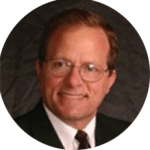 John and Linda Peterson are from Kaysville, Utah.  They have five children and eleven grandchildren.  Linda teaches First Grade in Farmington.  John has recently retired from a 38-year career as an Instructor for the Church Education System of the Church of Jesus Christ of Latter-day Saints.  Twenty-seven of those years he was an Instructor at the Institute of Religion adjacent to the University of Utah where he often taught LDS History and Christian History.  He has also worked as an archivist and acquisitions specialist for the Church History Department in Salt Lake City, and currently works as a writer-researcher with the Brigham Young Center.  John has three degrees in History, a BA from USU, an MA from BYU, and a Ph.d. from ASU.  He has written several books including Utah’s Black Hawk War for which he was awarded the “Best First Book Award” from the Mormon History Association.  He is currently finishing a book he wrote for the National Park Service entitled Brigham’s Bastion: Winsor Castle at Pipe Springs and its Place on the Mormon Frontier.  John is an experienced and captivating teacher/lecturer and was awarded the Distinguished Teacher Award by Brigham Young University’s division of Continuing Education in 2002.  John is an avid traveller and has travelled widely, both personally, with his family, and as a tour guide.  He has been leading tours since 1995 and worked for years for BYU Travel Study specializing in Church History and European History and Christian History.  In 2001 he was Director of Education for SeaTrek 2001, a massive recreation of Mormon Maritime Emigration that involved eight actual tall ships and thousands of travelers.  In this capacity, he sailed from various ports in Europe to New York City teaching History at Sea.  Ever since he has loved sailing and tall ships.  John loves adventure traveling and exploration and is an avid hiker and scuba diver.  He especially enjoys “off the beaten path travel” and has followed the missionary journeys of Paul “with a backpack and a dollar.”  He has also lead various Church History and European tours and cruises for Fun For Less Travel.  He loves to make travel Fun, Adventurous, and Educational.  Linda’s kind and easy-going nature, as well as her never-ending smile and enthusiasm, make her a joy to travel with.  Together John and Linda make a great team. 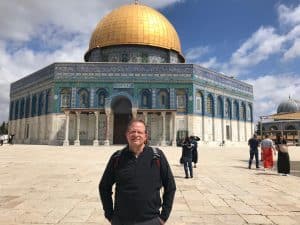 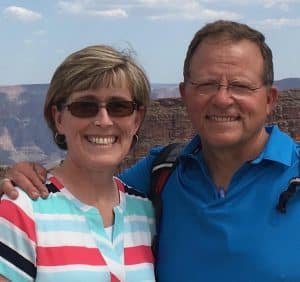 All Trips with John Peterson