What Do We Know About The Wise Men – Who Came To Honor Jesus?

When you go to Israel, also plan a stop at Petra, Jordan.  It may be the home of two of the “wise men”.

No one knows for sure how many wise men went to Bethlehem to honor Jesus as the newborn king of the Jews. Tradition says there were three wise men and there may have been. We do know that the wise men came from the east of Bethlehem “following yonder star.” However they did not arrive on the night that Jesus was born. The New Testament was originally written in Greek. Understanding which English words the King James translators chose to use to reflect the meaning in Greek is important. Eight times in Matthew 2:8-21 the words “young child” are used when talking about the wise men looking for Jesus. The Greek word used is “pad ion” and young child is the best translation. If the wise men had come on the night that Jesus was born the Greek word would have been “Brephos,” which means “infant” or “baby.” Also when the wise men “were come into the house (oikia)”, they saw the young child (Padion) with Mary his mother. The word “house” in Matt. 2:11 is ‘Oikia” in Greek and it can only be translated as “family residence or house.” Three times Luke insist that Jesus was laid in a “Phatne.” A phatne is a Greek word that can only be translated as “a fodder a crib, a manger, or a stall.” “Wise” as found in Matt. 2:1 referring to the wise men is the Greek word “magos.” Magos can be translated into “Magi, Sorcerer, or Wise Man.” Most magi were also students of the stars and most ancient societies believed in heavenly signs. The shepherds did come the night that Jesus was born but not the wise men nor the star.
Educated guesses regarding who two of the wise men might have been are Aretas IV, and his son, Malichus II. There are several reasons these two kings deserve serious consideration. The Nabataeans, whose capital was at Petra, had a trinity of gods associated with the heavens. Some scholars feel that the ancient Nabataean pantheon included: AI-Qaum, the male god of the night (moon), Dushara, the god of the day (sun) and the goddess AI-Uzza (stars). The Nabataean Magi who worshipped AI-Uzza, were dedicated astronomers and looked to the heavens to forecast future events.
At the time of the birth of Jesus the trade in “Frankincense and Myrrh;” two of the gifts given to the “young child” Jesus, were controlled exclusively by the Nabataeans. Petra, the Nabataean capital, was “East” and south of Bethlehem about 110 miles. In addition, there was a relationship between Herod and Aretas IV. Herod the Great’s son, Herod Antipas married the daughter of the Nabataean King Aretas IV. It makes sense that the Wise Men would go first to Herod to obtain permission to honor the new King of the Jews. It was also consistent with Roman, Jewish, and Nabataean theology that the gods would communicate with man through dreams. Pontius Pilate’s reaction to his wife’s dream caused Pilate to wash his hands of judging Jesus (Matt 27:19). Joseph took Mary and Jesus to and from Egypt based upon dreams (Matt 2:13, 19). The “wise men” were likewise warned in a dream, “that they should not return to Herod, they departed into their own country another way (Matt 2:12). Here the word country in the singular was used and may indicate that all the “wise men” came from the same place. Nabateans?

Make Petra part of your travel plans, when going to the middle east. 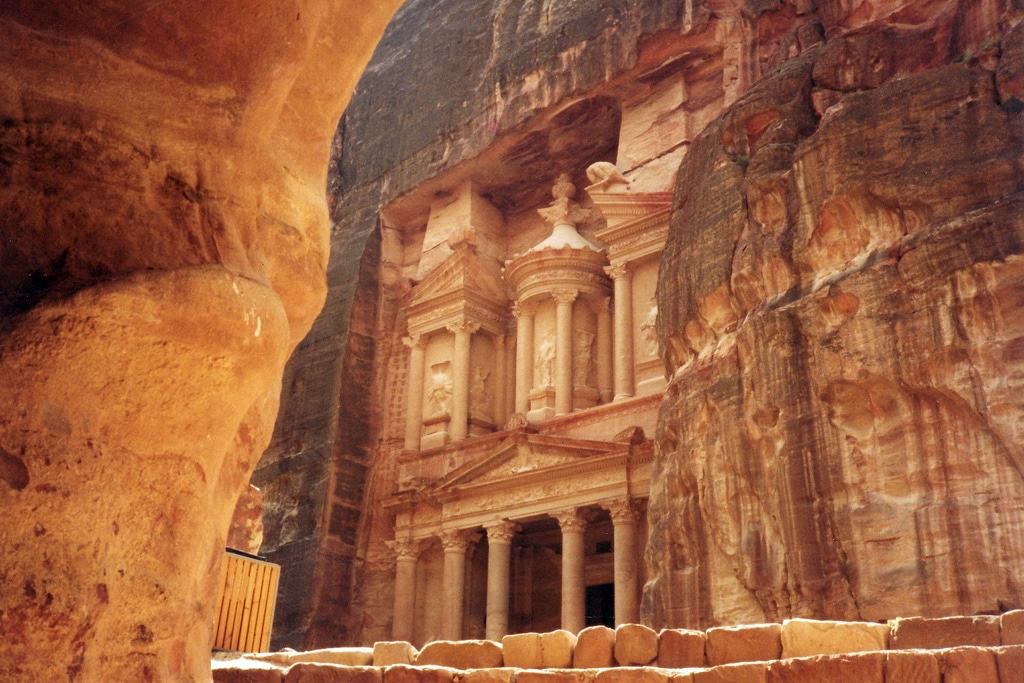