Is It Really Safe To Travel In Israel? 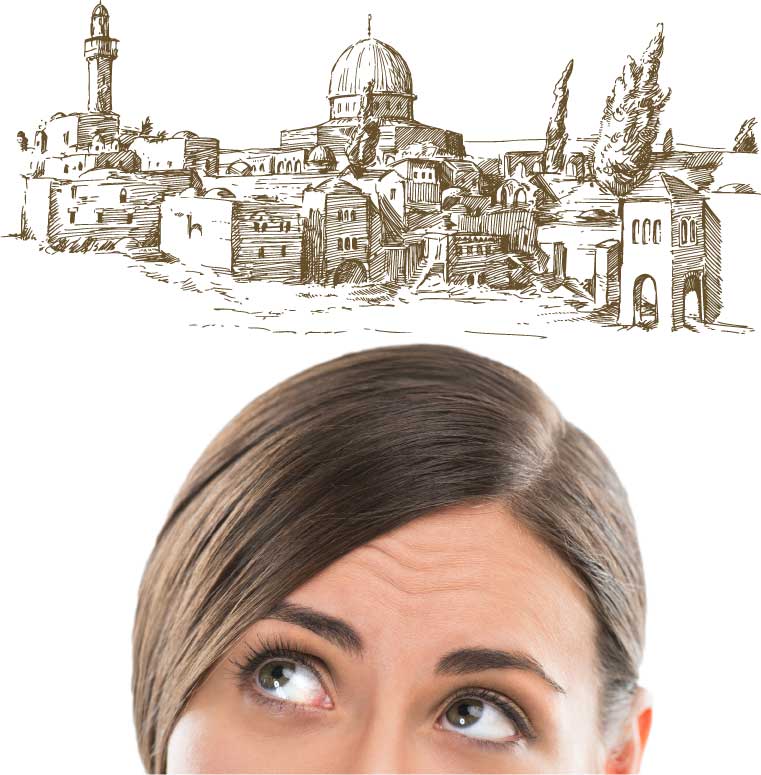 VIEW ALL OF OUR TRIPS TO THE HOLY LANDS

Is it really safe to travel to Israel? What about terrorists? Are the hotels safe and secure and what about the buses on a tour, are they truly safe? And what about flying in and out of Israel- is that safe? Here is the simple answer to all of those questions, ABSOLUTELY YES, and here’s why! Bad press and exaggerated TV reports have frightened many of the would-be travelers. Let me put it into perspective what I mean. A few years ago at the height of an Arab and Israeli conflict in Gaza, I received an emergency phone call from my 89-year-old mother while I was leading a tour in Israel.
“Are you safe?” she asked.
“Well, yes Mom, and so are all the people that are traveling with us,” I responded, “We watch it on TV just as you are but we are far away from Gaza.” The conflict that people in America hear most about comes from the border between Israel and Gaza. Gaza is fifty miles away from Jerusalem and has never been a problem for any of the hundreds and hundreds of people who travel with my wife and me to the Holy Land.
It was during that same tour that I was asked while in Israel by several Jewish men and women if I thought it would be safe for them to travel to Disneyland in California for a vacation. I laughed because I thought they were joking. They assured me they were serious. They had seen on Jewish and British television all of the drive-by shootings that were taking place in Los Angeles, California. The only news coming from America was bad news and these people were sincerely concerned. I assured them that a trip to Disneyland would be a safe and enjoyable experience.
The same is true for travel in Israel. From my understanding, since 1948 and the establishment of the State of Israel there has not been one tourist who has died on a bus tour as a result of a terrorist attack. I have been traveling to Israel since 1976. Some years we travel four times in a single year to Israel, Egypt, and Jordan. Only twice in thirty-four years have we canceled a trip to Israel because of wars in the Holy Land.
Because tourism is Israel’s number one source of income, the Israeli government has taken extraordinary precautions to insure that tourists are safe. Would you like to take a guess and answer the question as to which airline of all airlines in the world has the highest safety rating? If you answered El Al, the Israeli National Airlines, you would be close. It is Qantas, the Australian Airline, and our very own Southwest Airlines. Neither Qantas nor Southwest has had a fatal crash in their entire history of flying. Frankly, you’re safer on all airlines than you are in your car. This has led to the saying “The most dangerous part of any airline trip is your drive to the airport.”
In terms of violent crime, you are at greater risk in New Orleans, Detroit, or Washington D.C. than you are in any city in Israel. Are you afraid of Italians? No, but you might be afraid of the mafia. Are you afraid of Arabs? You don’t need to be. Some of the most wonderful people you will meet in Israel are the Palestinian shop owners like Ephraim in Bethlehem, or Jimmy, Omar, or Shabaan, the owner of Ali Baba Shop in Jerusalem.
Your trip to Israel will be one of the highlights of your life. There are places where you can say, “Today, I walked where Jesus walked.” The scriptures will come alive and you will read and understand them in ways that you could not imagine. It will change your life for the better. When you ride upon the Sea of Galilee, walk the streets of Old Jerusalem, and gaze upon the faithful Jews praying at the western “wailing” wall at the base of the Temple Mount, you will be grateful that fear did not rob you of an opportunity to increase your faith.

VIEW ALL OF OUR TRIPS TO THE HOLY LANDS