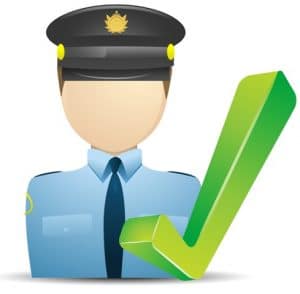 One of the most amusing, albeit occasionally frustrating, aspects of travel takes place at border crossings. You never know quite what you will find—opportunities for laughter are always anticipated, as well as an invitation in multi-cultural discovery. When we approach the border, I hold my breath, set my patience meter on high, turn my hope dial up to its highest frequency and wait for what humanity will bring me. I am so rarely disappointed……

Because of the nature of the tours, border crossings in Central America are often in the back country or out of the way stations. At one crossing we play Red-Light-Green-Light. It brings out the kid in you. Descending from the bus we line up before an ominous looking large black button attached to a traffic light. Really it’s an old traffic light! The yellow has been disconnected. Push the button and see what your destiny brings you. Green—you don’t have to open your luggage. Red—unfortunately means just the opposite. We were proceeding through this checkpoint one dark rainy night. Everyone was tired and the button was delivering an inordinate amount of red lights. There was mass confusion as everyone tried to find their own luggage under the bus. Americans always have too many bags. Knowing the easy going manner of the Central Americans I told the group to just grab any bag and take it through. There is usually just a cursory check often without even opening the zippers. My plan would have worked fine except one man grabbed a woman’s suitcase. His was the only bag opened! There was no end of smiles as the guard pulled various articles of female attire from the suitcase. It wouldn’t have been so bad, actually, but the particular bag belonged to one of the women who dressed to the nines and even the border guard had to stifle a laugh when he pulled out a leopard skin article of clothing that no man from here to eternity would ever wear. I’m not sure he has forgiven me yet.

Filling out forms can be an experience also. One year we were crossing from Belize into Mexico. They had run out of English forms, so I asked if they had any Spanish ones. No, they were out of that too. “We do have forms in French, however,” I was eagerly told. “That will do,” I replied, since I had been on a French mission. I got on the microphone and interpreted. My wife and I refer to that crossing as the Frenspanglish crossing as we were going from an English speaking country into a Spanish speaking one with a French entry form.

You always hope the next country’s buses are waiting for you on the other side. One year we crossed at dusk in an out of the way spot in the jungle. No buses! That is every director’s nightmare. However, it was a beautiful evening so we sat around and watched the sunset through the rainforest. Sooner or later the buses had to get there. After an hour they were still nowhere in sight. Knowing the laid-back mentality I figured they could be watching the latest lottery drawing. (We once sat in an airport in Egypt for 2 ½ hours while the pilots finished viewing a soccer game on TV. There is always time for a flight, but when the national team is on TV, well….) Our border guard suggested taxis. I was game by this time and he assured me he could get us the twenty taxis we would need for the fifteen-mile drive to the hotel. That was an experience! “Where does one find taxis in the rainforest,” I thought. But he didn’t fail us and within a few minutes seemingly from the very floor of the jungle taxis began to emerge. I think he was related to every single one of the drivers. My wife and I got his sister’s husband’s brother in law. Most didn’t have windows, a number were held together with duct tape. My wife and I sat next to a door held shut with bailing wire that squeaked when we turned a corner, but we all arrived and had a great laugh together.

We used to take four-wheel-drive buses into Copan, Honduras. The border gate was a tree trunk trimmed by machetes weighed by a cement block. The guards were taking their siestas in hammocks and we needed to wake them up to clear our passports. Ah! the easy life. Even the dogs hadn’t noticed we had driven up. And for years at one crossing the border agent had died and they hadn’t quite got around to replacing him so the wonderful people of the town just waved us through.

Some crossings are not quite so relaxed. I recall crossing into Israel many years ago from Jordan. This was before the peace treaty between the two countries was signed and the tensions were high. We had a professor with us who loved watching birds. He carried the biggest binoculars I had ever seen and they were always around his neck. He was the cliché absent-minded-professor and he chose this time to look for birds. He walked to the end of the military installations guarding the border and began scanning the horizon. The landscape is desert and I don’t think a bird has lived there since Joshua. You can imagine the excitement that erupted. Alarms, shouting men, guards pulling out some rather menacing looking firearms, were all part of the chaos. You can imagine how silly we sounded trying to explain to some rather skeptical security officers that he was really “looking for birds.” Of course! Right!

I was spoken to so sternly and militarily at one crossing by a female border officer that without really intending to do it, I answered her question with a brisk, “Yes, Sir!” What followed was a lecture such as I had not received since elementary school when I…. (Well maybe I won’t tell you that story.) All in all we have had some great laughs about borders even the tense ones. Whenever you are dealing with people you are in for an adventure. Isn’t that one of the reasons we travel? And the fun may begin as you step through the looking-glass of passport control into a “wonderland” of different people with their individual definitions of—BORDER SECURITY, or should I say, “bedlam!”