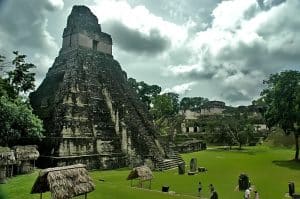 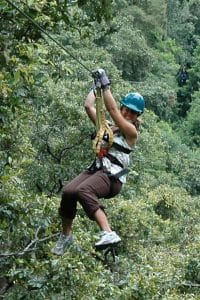 Morris, an 82-year-old man, went to the doctor to get a physical. A few days later, the doctor saw Morris walking down the street with a gorgeous young woman on his arm. At his next appointment the doctor spoke to Morris and said, “You’re really doing great, aren’t you?” Morris replied, “Just doing what you said, Doc:  Date a hot mamma and be cheerful.” The doctor said, “I didn’t say that. I said, you’ve got a heart murmur; be careful.”

When I hear this story I think of Anne, an 80-year-old classy lady who I came to know and admire while directing a Book of Mormon tour in Mexico and Guatemala. Like Morris, this woman was not going to let her age get the best of her. She was a living example that age really is something that doesn’t matter unless you’re cheese!

Our group had finished a full day of walking the magnificent ruins of Tikal in Guatemala. Tikal is one of the largest archaeological sites and urban centers of the pre-Columbian Mayan kingdom. The city once stretched over 72 square miles.  It became one of the most powerful cities of the ancient Maya. The site is known internationally for its majestic temples. The large stone and cement structures stand stoically above the forest canopy. Tikal is known as a wonder of the world and one of the most spiritually moving spots on earth. Walking this large archeological site is no small task! Anne was with us every step of the way, soaking in the history and grandeur of the magnificent temples.

As a group we had decided that our reward for hiking Tikal would be to go zip lining through the Guatemalan jungles to complete our day.  Not everyone in our group had the energy or the nerve to go soaring through the jungle while dangling from a thin wire. Enthusiastically, most everyone hustled off the bus to be outfitted for the adventure. In the middle of the group was Anne. I couldn’t believe my eyes!  Now, I don’t know if this was Anne’s situation, but I remembered Lizzie’s grandfather Wilford who, at Anne’s age, before he went to bed he put his ears in a drawer, teeth in a cup, and eyes on the table. What would motivate this woman at her age to go zip lining? Why take any more chances at losing additional body parts?

Soon we were all uncomfortably secured in our harnesses. The only word I can think of to describe being fitted in a zip line harness is “wedgie”.  Up the stairs we climbed to our first station. At each station you hook up to a wire line approximately 80 feet above the ground, then throw your body off a totally secure platform into space. As I looked down the eight stories to the jungle floor, the words of the Christian hymn, “Ere you left your room this morning, did you think to pray?” came to mind!  My fearful thoughts of impending doom were suddenly interrupted by a child-like squeal of delight as one of our group launched off of the platform. It was Anne! With sheer joy and laughter she sailed down to the next platform.

At the next station a Guatemalan guide would catch each of our group members as they pressed a thickly gloved hand against the wire to slow down. One of our larger women was so hypnotized by the beauty of the emerald green forest canopy with scattered tropical flowers, she didn’t hear the little guide shouting, “Parar, parar (stop, stop)!” and forgot to brake. That day our Guatemalan friend earned his wages! As the sun set, throughout the jungle you could hear echoing laughter, shouts of “Geronimo!” and a few screams of sheer terror mingled with nervous chuckles as our group zipped their way through the trees. It was exhilarating!

That night as we sat around our dinner tables enjoying a delicious Guatemalan meal at our beautiful lake side Hotel Camino Real, looking out over a mirror-smooth Lake Peten Itza, we shared our individual zip-lining adventures. Anne was the most animated as she shared her stories. She was truly the opposite of none are as old as those who have outlived enthusiasm! If I live to be the age of Anne I hope I will be as much in love with life as she was that day in Tikal. There is an old Guatemalan proverb that describes her and those with a hungry zest for new experiences in life. It simply says: “Everyone is the age of their heart.” 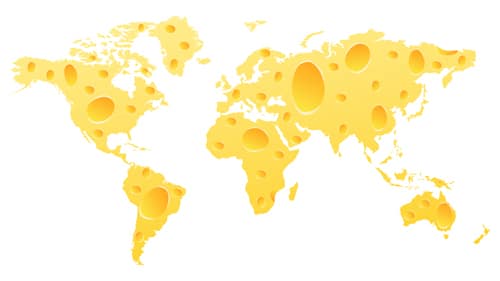