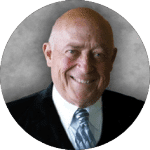 A little-noticed place in Nauvoo

SEE OUR TRIPS TO NAUVOO

The Seventies Hall is a two-story brick structure once devoted to the grand principle of preparation. It had a rough start, for during construction it was destroyed by a tornado. That led some to feel  that, with all their other challenges, they might be justified in letting this project go.

But no. Joseph had initiated it, and his successor knew it was vital. So, insisting on thicker walls this time, and issuing an urgent timetable, Brigham saw it through. At last, in December of 1844, he dedicated it to the Lord.

That building was to help missionaries, as the Lord had asked, to learn “all things . . . expedient for you to understand.” The commandment even listed examples of things to study: things above, on, or in the earth; past, present, and future; close or distant; manmade problems; natural calamities; and, if that didn’t cover everything, “a knowledge also of countries and of kingdoms.”

That’s a lot of learning.

What in the world for? For the world! “That ye may be prepared in all things when I shall send you again to magnify the calling whereunto I have called you, and the mission with which I have commissioned you” (Doctrine and Covenants 88:77-80,118-119).

So, in the Seventies Hall, those modest servants of the Lord studied everything from scripture to math, from doctrine to history, from languages and science to reading and public speaking.

And upstairs was something most frontier people would not have expected: a library. Books arrived in the baggage of immigrating saints and returning missionaries. The collection was modest by today’s measures, but remarkable for its time. Eventually, this fruit of loving sacrifice was taken across the plains and became the first library in the western United States. And that was only the beginning. It yielded seeds for greater and greater projects.

Just one descendent of the Seventies Hall is today’s BYU library, a nationally recognized facility that houses 4 million volumes and a half million ebooks. If you had a full-time job to skim one book per hour, it would take 2000 years to get through the printed books and another two and a half centuries to browse the digital ones.

We can think of other descendants: the church’s meetinghouse library system; the Family History Library and its thousand or so branches; and, of course, the church’s Missionary Training Centers around the world.

The predecessor of these tools — an unassuming building in old Nauvoo — could have held only the merest fraction of today’s missionaries and leaders. Visiting the Seventies Hall today, you can imagine the humble classes held there to unveil talent in the “weak things of the world.” You think of those early missionaries who could hardly afford their daily bread, finding what they considered “the best books” in some distant place, procuring them and lugging them home to Nauvoo only to donate them to an upstairs book collection.

They trusted that these means would help God speed his work. It was a sacrifice for the principle of preparation.

We now see can how dramatically the principle of preparation literally has sped the work. We see the tools that now benefit living and dead, member and friend. We see the Lord’s wisdom in urging us to gain the lesser knowledge so that we might share the greater. We see the cost — and the worth — of being “prepared in all things,” so that we might “go forth to serve” a hundred cultures, a million villages and a billion homes.